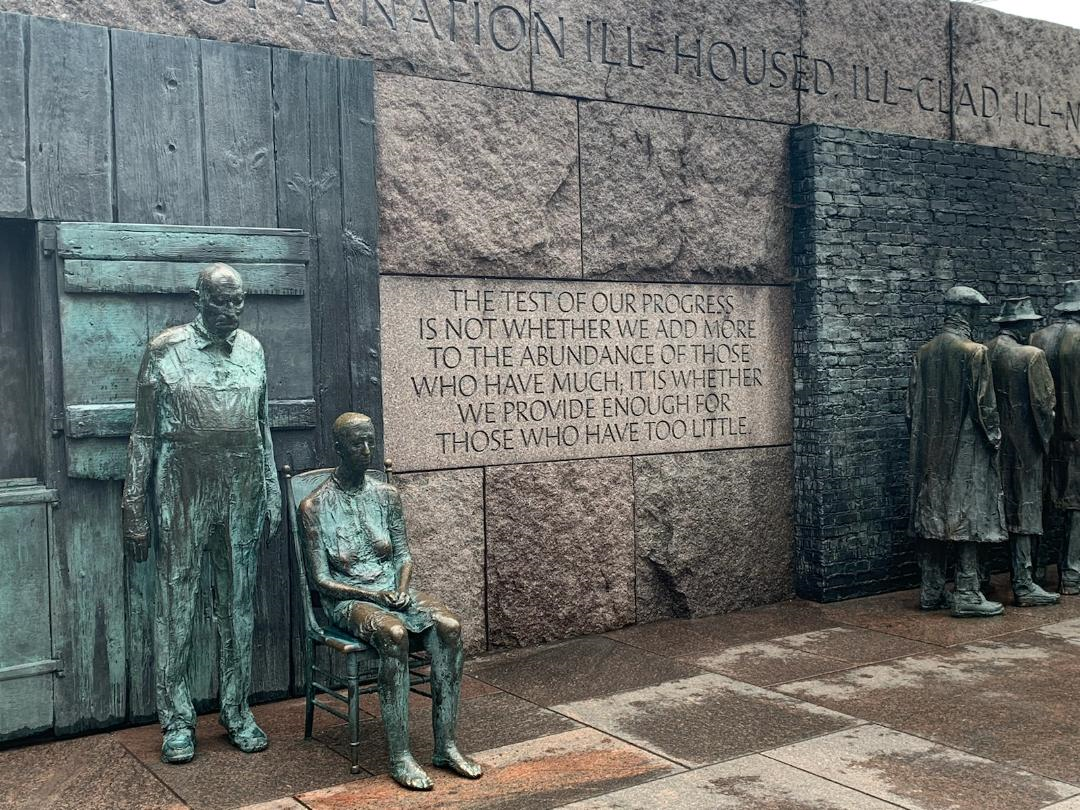 Acting locally: What we are doing

Given that APTS operates food programs in four schools that serve close to 1000 students in need, our board, particularly Katy Malesky, director of the APTE programs for the City of Fairfax schools, Gordon Brown, APTS founder and coordinator of APTE at Mt. Vernon HS, and Richelle Brown, APTS Executive Director, began talking to social workers and school leaders to figure out how to maintain the supplemental food programs.  Early this week we gained access to the pantries at Daniels Run ES, Lanier MS, Fairfax HS and Mt. Vernon HS and loaded all contents into the APTS truck and SUVs.  This past Wednesday, Gordon coordinated distribution of nearly 1000 lbs to the Mt. Vernon community at the Hybla Valley ES Grab and Go site thanks to Ms. Rogers, principal, and Ms. Stillwell, director of custodians, and three student volunteers, Janet and Brandon Pisfil and Nathan Brown.  Friday, APTE led by Katy Malesky, organized 30 volunteers to deliver more than 5000 lbs of groceries to the City of Fairfax families who rely on supplemental food programs.  In addition to the drivers, social worker, Beth Lonergan and her family were instrumental in making this effort a success.

The deadliest terrorist attack in history, 9/11, directly killed 2,977 victims and 19 hijackers.  Two years ago it was reported that deaths from 9/11 related illnesses—mostly cancer from the toxic dust—will outnumber deaths from the attacks.1.2.3.

The U.S. Civil War killed 750, 000 Americans. “Most casualties and deaths in the Civil War were the result of non-combat-related disease…that were unnecessarily fatal.” By some estimates, for every 3 killed in combat, 5 died of disease.4.5.

Whether the disaster is man-made, like war, or natural, such as storms and earthquakes, often the indirect effects cause more death than the initial event, and these deaths are relatively easily preventable.  Effective disaster relief ensures that basic needs, food, potable water, healthcare and education, are provided.  Thus, preventing starvation, dehydration, spread of disease, and the like.

We at A Place to Stand were grateful for the outpouring of support during the first week of school closures.  To us this indicates that people are aware that one of the primary functions of public schools in the U.S. is to feed children.  We were also impressed at people’s willingness to put themselves at some risk in order to help those in dire need of food.  Whatever the initial disaster, often famine of the survivors is one result.  Analysis by Nobel winning economist Amartya Sen suggests that famines are not caused by food shortages, but rather food distribution problems.6.  We have plenty of food to feed everyone, we just don’t.  Furthermore, this failure, which is mostly a failure of our socio-economic and political systems, as well as our collective values, results in more disease, crime, homelessness, despair and death.  Thus, again, we are grateful for the volunteerism and support for our efforts to address hunger.

History: Why did schools become responsible for food assistance?

In his 1904 book Poverty, Robert Hunter wrote “If it is a matter of principle in democratic America that every child shall be given a certain amount of instruction, let us render it possible for them to receive it… by making full and adequate provision for the physical needs of the children who come from the homes of poverty.”  Largely thanks to NGOs, in the late 1800s Philadelphia and Boston became the first cities to offer lunches.  Turns out food is helpful.   The Journal of Home Economics in 1910 reported that “the teachers [in Boston] are unanimous in the belief that the luncheons are helping the children both physically and mentally.” As a result, lunch programs spread, but the federal government did not get involved until the Great Depression.  FDR’s New Deal scored a hat trick by buying up surplus produce, hiring cafeteria staff and serving school lunches: hence, the lunch program supported farmers, reduced unemployment, and fed hungry children.  In 1946, Congress passed the National School Lunch Act, which stated, “It is hereby declared to be the policy of Congress, as a measure of national security to safeguard the health and well-being of the Nation’s children…”, thus, making nutrition for children a matter of national security.  Under Presidents Eisenhower and Nixon the program expanded; milk and breakfast was added in 1966 thanks to the Child Nutrition Act.  That same year the school breakfast program was implemented as a pilot program, and in 1975 school breakfast became a permanent addition to federally assisted school-based nutrition assistance.  In the 1980s things changed.  President Reagan cut the school lunch budget by more than 1.5 billion.  As a result, lunch portions shrank, more poor people were not able to qualify for free and reduced lunch, and ketchup was a vegetable.  The lowering of nutritional standards contributed to an increase in childhood obesity in the U.S.  Therefore, in 2010 Congress passed the Healthy Hunger-Free Kids Act hoping to recapture the quality and spirit of the lunch program.  As Emely Rude implored, “surely we can all agree on the importance of their original role: a means to make sure children are well fed and healthy, so they can grow and learn and better the nation” (Rude, 2016).9.

In part due to how the poverty index is established, school breakfast and lunch is insufficient for many students, and definitely not enough for the average student to thrive on for an entire day.  The poverty index is set way too low for a variety of reasons, partly so political leaders can say there aren’t too many poor people, and partly so we can spend less on benefits.  Hence, unfortunately, despite school breakfast and lunch, children were still coming to school hungry, tired, and sick from malnutrition.  In 1995, one school nurse* in Arkansas decided to do something about it.  She partnered with the local food bank and started a backpack program.  Now thanks to numerous food banks and charitable organizations thousands of elementary schools across the countries discretely provide millions of children with food on weekends.11.12.  Likewise many of the organizations providing food assistance to school children work to make sure they have enough during scheduled vacations, e.g. winter holiday, summer vacation, and spring break.

When A Place to Stand was founded in 2015, there was a gap at the secondary school level.  Yes, many high schools had food pantries.**  However, I’m reminded of the DC high school I worked in that had 17 programs on site to prevent violence and very few teachers or students knew about any of them.  Students and teachers often do not know that there is a pantry.  What’s worse, even if a student does know, and is suffering hunger, often the shame is not worth the snack bar or limited canned food that they’ll get.  So, A Place to Stand piloted innovative ways to get the food out of the closet.  At high poverty schools, promoting after-school snacks for all helps remove stigmas.  Getting teacher volunteers to establish satellite pantries in their classrooms can help with awareness, and access the benefits of student-teacher relationships.  Furthermore, gleaning food from restaurants and farms that would be thrown away supports sustainability.  Planting vegetable gardens on the school grounds to supplement the program, also helps sustain the program, as well as the planet.  The pilot worked, and our secondary program, A Place to Eat, spread to other schools.

Thus, a number of school districts in our nation have programs in place to feed our young citizens three meals a day plus snacks 7 days a week, year round.  Yet, there is no Congressional District in the U.S. that does not have a significant number of citizens suffering hunger.  We need to do better.

It’s amazing what humans can do when they put their talents and resources to good use.  Already, respirators used for anesthesia are being modified to treat COVID-19; alcohol distilleries are producing hand-sanitizer; a number of potential vaccines have been fast-tracked and are already being tested.  What Amartya Sen’s rigorous analysis of big data found is that when regions and nations invest sufficiently in health and education, economic development increases along with quality of life for all citizens.  Crises like the current pandemic shine a light on societal deficiencies and weak spots.  In the United States, we have allowed for too many of our citizens to live in poverty and/or to struggle from paycheck to paycheck.  If we want our society to be able to withstand these kinds of shocks with less disruption we need a more equitable tax and income policy: a more equitable system for stability and strength.  A system where nobody has three homes until everybody has one, where everyone has basic needs met, including sufficient nutrition, health care, potable water, and safe shelter.  We should focus less on Wall St. and more on Main St.  And we should practice more sustainable practices: less paper-goods, more home and community gardens.  It’s spring time: plant your garden.***

* Be the first to find the name of the nurse and provide the verifiable source and we will send you a free A Place to Stand t-shirt and we will recognize you on our social media.

** Be the first to track down the first high school food pantry, and send the verifiable source of your information, and you will win a free A Place to Stand t-shirt, and we will recognize you on our social media.

*** Be one of the first five people to share your 3 top tips for effective vegetable gardening and get a free bracelet.

Links to References and Further reading: