Acting locally: What we are doing Given that APTS operates food programs in four schools that serve close to 1000 students in need, our board, particularly Katy Malesky, director of the APTE programs for the City of Fairfax schools, Gordon Brown, APTS founder and coordinator of APTE at Mt. Vernon HS, and Richelle Brown, APTS Executive […]

a holiday message from Gordon Brown: About 28 years ago I moved to Canada where Boxing Day is a federal statutory holiday.  A couple of years before I moved to Canada, I had started working out in boxing gyms, so, my punch-drunk head figured Boxing Day must celebrate pugilism.  Of course, that’s entirely incorrect. While […]

Last year an article in The Guardian suggested that as much as half of all U.S. food produce is wasted (Goldenberg, 2016). The article points to evidence that the market demand for perfect produce has resulted in fruits and vegetables with mere cosmetic blemishes rotting in fields. Of course the U.S. is not the only […]

July 6th the front page story of The Salt Lake Tribune was about the alarming state of homelessness in Salt Lake City (See my op-ed http://archive.sltrib.com/article.php?id=5505863&itype=CMSID#sthash.eYa3sPDU.gbpl .)  That same day, the front page story on USA Today was about the Veterans Administration plan to get rid of more than 400 underused properties.  This is a common […] 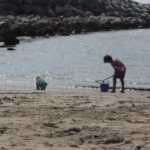 I’ve come close to drowning a couple of times, but once I was pretty sure I wasn’t going to make it.  I was a bad surfer with a worse board.  I’d only been surfing for a year and I had started as a young adult.  There was an off-shore storm, so, on the East coast, […]

1/11/16 Congratulations to MCCH and others for eradicating veteran homelessness in Montgomery County! As reported last week on NPR, under the direction of Susie Sinclair-Smith, the Montgomery County Coalition for the Homeless led the effort to get the last homeless veteran off the streets this past December.  This makes Montgomery County one of just a […]

1/7/16 We spent the winter holidays with family in Rhode Island and Rochester.  Homelessness was in the news in both locations.  While I was in Rochester, the local paper ran a front page article on Rochester’s anti-poverty initiative.  According to the article, the initiative’s leaders spent 2015 conducting research and gathering information on the issue. […]

FDR Is My New Favorite President

9-9-2015 FDR is my new favorite president.  I’d visited the FDR memorial before, but on a recent field trip with my students, I decided Franklin Delano Roosevelt understood what was important.  Mainly, as inscribed in red stone on the memorial: Unfortunately, by FDR’s criteria we have regressed.  More than any other developed country, we have […]

Quality of Life, Happiness and A Place to Stand

8-19-2015 Recently my wife and I watched Hector and the Search for Happiness, a movie about a psychiatrist who embarks on a quest to research happiness for his patients to discover he was searching for his own.  Yesterday, Monday, August 18th, I saw a clip on the internet claiming to be the list of happiest […]

Conversations about The Last Mile The late comedian Sam Kinison tackled topics that most of us don’t usually find funny, such as world hunger.  In one bit, he pointed out that commercials that show starving children are filmed by someone—often a crew—who are standing right there and could, “give the kid a sandwich.”  The sketch […]